Love is an incredible feeling. That wonderful warmth you get when you wake up and read a text from a girl you really care about is one you can’t replace. The thought of her can lift your spirits through the struggles of day-to-day living, and you suddenly feel like you’re ready to conquer the world.

You all can agree with me that dating takes time and a lot of effort. At one point or another most of us end up having none casual fuckmating relationships and if not careful all those relationships turn into real relationship. I can attest to that. There is not word like fuckmating so get used to me using it.

All the relationships i had last year started as just two people using each other for sex and any extra support required and i can comfortably say 90% of fuckmates end up in a real relationship and when the relationship is over there is no friendship left to salvage.

As usual I’m always thinking of new stuff to tell you guys, so today it’s about how to have a fuckmate. Trust me on this it’s fun.

So what do u need to know so as to get a good fuckmate?

Menez has your back. Ladies and gentlemen take notes. I hope it will be interesting.

First of all you can’t fuck someone you don’t like so your fuckmate is most probably a friend you have or will have.

Hooking up with your hot friend might seem like a no-brainer. They’re single, you’re single, what’s the big deal? But actually pulling off a healthy, happy fuckmate arrangement might be trickier than you think. Before you get naked with a friend, take a look at these tips for making it work.

This is the hard part. Picking that person you want to share your pussy with is the hardest thing. For us guys we can share our dick with just about anyone as long as they meet our standards.

Think carefully about how your relationship with a potential Fuckmate might evolve if you added sex to it and how you’d deal if for some reason you two became less close. You don’t want to end up losing a close confidante if your fuckmating adventure goes awry.

Your best friend? Probably not the best candidate. Your cute classmate? Also not optimal. That friend of your friend who’s hot but whom you just don’t see yourself having a full-blown relationship with? Now that’s more like it.

READ THIS  Is Yoni Oil The Secret To Keeping her Pussy Tighter, Cleaner and Sweeter?

He or she should be someone you know but both of you ain’t close. You don’t hangout alot. Maybe you meet once a week. So once you handpick the potential fuckmate you are 10% done. The rollercoaster is just beginning.

Once you find a friend, the next step is to make your pitch. You can’t expect to become Fuckmates immediately. You need to ease them in as you express your intentions.

Talk about anything other than sex. You need to check if your chosen friend is looking for something sexual, without outright asking them. Some people are not into being Fuckmates. That is why you need to establish whether that person is open to the idea.

By talking about different things, you can ease the conversation into intimate territory. Once you are both comfortable, you can start asking about their intentions by inquiring about their recent relationship. At this point you are studying him or her. This is where you will know if he is liable for a fuckmating relationship.

For ladies this is easy. No guy can say no to a fuckmating relationships. As long as he gets to tap it he won’t complain. But for us guys we got work to do.

You can do this by subtly saying that you miss having sex. That will be the signal that will prompt your friend to ask whether it is something that you both might be into.

Now that you have established that you are definitely going to have sex with each other, tell them that this is not a one-time thing. However, make it clear that this is not a request for a commitment as well. It might be complicated, but your friend will understand once they realize the specifics of the arrangement.

The rules are different from the boundaries that you set. Rules are specific. They are there to help your situation be less complicated. The rules depend on you and your partner’s needs. Here is one rule i had. When either me or her wanted to fuck we would just send a text asking them where they are. And once i got such a text i would be off running to where she is.

READ THIS  7 Things To NEVER Do While At A Sleepover 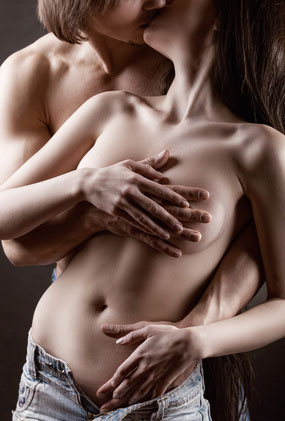 The main point of having a Fuckmate is to have amazing, satisfying sex. Be honest about what you like and what you don’t like. Don’t be shy with your needs and fantasies.

Condoms are lifesavers. Not only do they prevent you from having little babies with a guy you’re not interested in long-term, but they also make sure you stay STD-free, which is key when you’re having sex with someone you’re not monogamous with. You ain’t sure if your fuckmate is fucking other people so always use condoms.

You are having amazing sex. don’t feel forced to start doing date-like things like going on events together, having long late night chats. Keep your chemistry contained to the bedroom where it belongs. Fuckmates is about sex nothing else. 98% of your activities should be in your bed or hers.

Being in a friends with benefits situation means that it can go on as long as possible. Unless you and your partner find someone else while you’re seeing each other, you can continue to sleep with each other. My fuckmate has a bf and she knows i got a gf. We can hook up anytime we want to but we don’t because we respect what we have going on with our partners. So our fuckmating relationship is on pause.

There are other reasons why things can end. An example is when you and your partner realize that you don’t get along. It can also end when one or both of you realizes that the sex is not as good as you expected it to be.

9.Say hello once in a while.

In order to do this, you have to communicate with that person on a regular basis. When I say regular, I mean around once a week – not once a day. If that happens, you could be bordering on committed relationship territory.

10.Try not to discuss other people you’re involved with.

Involving other people can complicate an already confusing situation. Do not mention the people that you are seeing and ask your partner to avoid mentioning who they’re seeing as well. Though you’re not committed, talking about other partners can give way to a bit of jealousy.

READ THIS  Exes Who Come Back

There was this time my friend and her fuckmate were having some chitchat then the girl started telling the boy how there is this guy who has been persistently wanting her and how the guy already thinks they are dating. My friend told the girl to stop telling him about her ongoing drama.

The chiq got mad. From what i could see the girl saw my friend as more than a fuckmate. She even went ahead and asked him why they are not dating. They argued for a bit until they both agreed that they don’t want to date. But I’m sure they will end up dating.

The fuckmate relationship shouldn’t be all about sex. You can still do what you used to do before you began fucking. This helps when the relationship doesn’t work out you come out as still friends not enemies.

The problem with fuckmates is that everyone thinks they can handle it, but the majority of people cannot. Once you start having an intimate relationship with someone you like (and obviously you like them if you’re hooking up with them, I don’t care what you say), it’s natural to eventually start to want something more serious. It happens all the time.

Most girls swear they won’t get attached but trust me in any relationship where you involve dick and pussy it’s the pussy that gets attached. Being in a fuckmating relationship sounds like a good deal, but sometimes it can end badly. Although sex is an activity that can be enjoyed by two people, you can still develop feelings for one another because of it.

If you decide to go through with this kind of relationship, just make sure that you know exactly what you are getting into.

Keeping it classy, not trashy, just a little bit of nasty 🔥🔥👅👅

Hi! I’m Dennis Menez; Chief Blogger at Menez.co.ke . Blogging since 1901; I love curating photos + writing about things that irk or inspire me. I love long days in the house and interacting with crazy people.

5 thoughts on “How To Get A Fuckmate”

Looking for a hookup or the next sex party?

DM me for the Exclusive WhatsApp Group link.

Don't miss out on any of my posts. Subscribe Today!!!!

Let's Chat
1
Powered by
Hello 👋 Thanks for reading my blog. Let's connect on WhatsApp.